Where Eagles Dare Not Perch 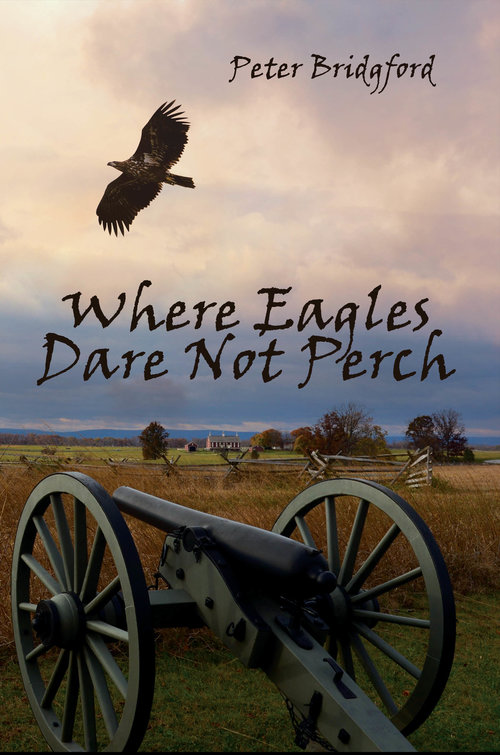 Where Eagles Dare Not Perch

When Company D of the 2nd United States Sharpshooters regiment returns home to Augusta, Maine for a thirty day long furlong in January 1864, Zachary Webster finds his homecoming to be an unpleasant experience. Not only is his dead father lying in the family’s barn awaiting the end of the harsh winter for burial, but there are rumors swirling that his sweetheart may have gotten a new beau while he was away. And, to top it off, his story-hungry friends and family members seem more preoccupied with their own romantic notions of the valor and glory than hearing about the grim realities of the fighting.

But it is clear that Webster is a changed man , too. Over the course of the last two and a half years as a Union sharpshooter, he has excelled in the art of killing. While he tries to spare his family the details of the horrors he’s been a part of, they are unnerved by the quiet and intense stranger that is now in their midst. And he’s left to wonder why he feels so uncomfortable to be away from the war’s violence.

After Webster brutally murders the rumored beau, he links his fate to those of his former love and the murdered man’s brother. Jedediah Stiller, a hulking man with a troubled and violent past, sets off in pursuit of Webster to get revenge on his brother’s killer, but a cruel character from his whaling days comes back to enslave him in the profitable and brutal world of bare-knuckle fighting. After he escapes from this, he finally finds a new home with two escaped slaves. Meanwhile, Catherine Bradford, who sees herself as the root of the whole deadly chain reaction of events, leaves home in hopes of intervening between Webster and Stiller. Before she can do that, she must choose which man she wants to save. After she falls into the clutches of two purely evil creatures, she is rescued by some unexpected saviors and set onto her new pathway as a nurse in the U.S. Sanitary Commission.

By the time the three characters all meet up in the bloody chaos and confusion of the Battle of the Wilderness for their final confrontation, each has survived their own ordeal to become tempered enough to face whatever new future awaits them. And they, like most of their countrymen, must decide whether they want redemption, revenge, or reinvention.

“In the wake of the violent, damaging Civil War, sniper Zachary Webster and those left in his trail of destruction struggle to adapt. Where Eagles Dare Not Perch is a dark, compelling work of historical fiction in the strain of Cormac McCarthy and other historical tales of revenge.” – Tulsa Book Review

“Bridgford’s story goes deeper, probing the erosion of individuals’ humanity. He shows the unspeakable acts that war-stricken people commit in pursuit of their own survival and opportunism. He offers a tragic view of the feral cruelty that festers when war demolishes expectations of decency.” – Seattle Book Review

“Where Eagles Dare Not Perch is a fabulously real war novel, set in the horror of the early 1860s. The author doesn’t only expose the readers to the horrors of the war itself but also to the inhumanity that ordinary humans can commit.” – Manhattan Book Review

“It is more like a passion play, with outsized characters and a Homeric plot. The reader doesn’t get too far into the book before sensing that the story’s arc is that of a redemption myth, and probability be damned. For the most part, Bridgford carries it off with flying colors.” – Portland Press Herald

“A remarkable Civil War tale about Northern characters fighting for their own freedom as they seek revenge.” – Kirkus Reviews

“Peter Bridgford’s effort reads like a Quentin Tarantino-style Civil War reenactment: while it’s hardly ever boring, it is heavy on violence…” – IndieReader

“The book is written with alternating chapters between the three primary protagonists, and as such, the pacing is continuous and driving, making this a difficult book to put down. None of the protagonists are particularly likable as they are depicted as very flawed humans, however, this does not lessen the reader’s interest in their story or their fate.” – Portland Book Review

Where Eagles Dare Not Perch:
“Much later, I gave some thought to what happened in those woods with that reb. From an experience like that, I learned that it makes no sense to beg in this world. Begging doesn’t get you nothing but shame. In the end, there was not one thing that reb could have said to me or done that would have kept him alive. Not one. You see, no matter how much you want something or how much you think you deserve it, begging can’t get it for you. In the end, it’s better to accept your fate with dignity.”

* * *
Jedediah had been listening without appearing to do so, but he now looked at the pompous man with chagrin. The man sighed heavily, “He wants to use you up. For some reason, he wants my fighters to shred you to pieces. He cares not for whether you live or die. As a matter of fact, I think he seeks the latter. Any sane man who cared one ounce about his fighter would give a strong consideration to this offer I'm making here today. But he's not, and I now know why – this man wants to see the red of your blood spilled in an arena more than he wants to see the green of the money in his fist. You need to think about whether you want to leave this world as some kind disposed trash or as a glorified and honored fighter, savage!”